Yes, medicinal alcohol can melt ice. Medical alcohol is a key ingredient in many homemade solutions for melting ice in wintertime. The main factor that allows alcohol to easily melt ice is that it has a lower freezing point than water.

We’ve all been in situations where it snowed overnight and then melted and froze again, leaving an ice rink outside the house.

In addition, frozen glass and frozen water are in the washing machine tank. Stairs, walkways, and other surfaces also froze. This is not only annoying but can lead to serious injury.

What to do in such a situation?

The quick answer: You can use rubbing alcohol or salt.

You can use expensive ice-melting chemicals and antifreeze to melt the ice in the washer tank, but there is a simpler remedy.

The old-fashioned way: use salt

Salt is the most common way to get rid of ice (and the cheapest). Rock salt, the most commonly used for de-icing, is 99 percent sodium chloride mined in underground salt mines. It is simply a larger version of table salt. It doesn’t melt ice, but it lowers the freezing point of water from 32 degrees Fahrenheit to about 15 degrees.

This means that it will not work in very cold weather. If you sprinkle salt and the air temperature never gets above 15 degrees, you will only get salt ice. However, apply it when it’s 15 degrees or higher outside, and the salt ensures that the ice will melt faster than it has time to freeze again.

When the temperature is a little above 15 degrees, you can help the salt work by pouring hot water over the ice while you scatter the salt. The hot water will melt the ice, and the salt will keep it from freezing again.

Salt is safer than many ice-melting agents, but if used frequently, it harms plants, corrodes metal, and even destroys concrete. Use it in moderation and try to keep it away from your lawn and garden.

Add some dishwashing detergent to the melted alcoholic ice, and you’ll reduce the chance that the melted ice will freeze again. The basic recipe for homemade alcohol ice is simple:

Using slightly lukewarm water or too little alcohol in sub-zero temperatures can cause even more ice to form on the track. However, at temperatures above freezing, you can prepare a de-icer using only water and medical alcohol, although it will be somewhat less effective.

How do I use alcohol to melt ice?

If ice has formed in your car’s washer barrel, you need to use alcohol or alcohol in addition to your ice pick. Alcohol will melt the ice pretty quickly so you can move.

Scrape all the snow off your windshield to get down to the ice.

Pour a whole bottle of alcohol on your windshield. Start at the top as the alcohol will drip down. Slowly move from the driver’s side of the windshield to the passenger’s side.

Wait two or three minutes and then use an ice scraper to scrape off the remaining ice. It should come off with ease.

Items you will need:

How do I warm my car in the winter?

Going to a warm garage

The easiest and fastest way is to find a warm garage or parking lot. Even a slight temperature will be enough, you drain it and fill it with antifreeze. However, to find such parking or garages is very rare, and what to say, now many of us leave the car in the yard parking, and you say a warm garage.

The method is not quite correct, although it is worth noting. Wrong because in many foreign cars to remove the tank is very difficult, almost impossible for ordinary man, because often it is in the cavity of the bumper, to get to him will need to remove and protection of sometimes and the headlight.

If you add pure alcohol (96%), the reaction with ice will melt quite quickly and the alcohol will not let the water freeze further. However, if there is a lot of water and not enough alcohol – vodka, and moreover, it is cold outside, the efficiency will fall much, you can not melt anything at all.

The non-freezing liquid is also based on alcohols, so it hypothetically can also melt the ice. But the concentration is not that high and if you just pour it in, you will wait a very long time! Most likely a thaw.

Our instructions can help you if you have about half the tank frozen.

How to melt ice quickly without salt?

In a bucket, mix half a gallon of hot water, about six drops of dishwashing detergent, and a glass of medical alcohol. Once you pour the homemade ice melting mixture onto the sidewalk or driveway, the snow and ice will begin to bubble and melt. Just keep a shovel handy to scrape off any leftover ice.

What can be used instead of salt on ice?

What can you put on icy sidewalks?

Rock salt, also known as sodium chloride, is used to melt ice and prevent new ice from building up on roads, sidewalks, and parking lots across the country. Inexpensive and relatively easy to detect, rock salt is also popular for home use.

Does vinegar melt ice on sidewalks?

Add 2 cups of white vinegar to the mixture and mix well. Pour the mixture into a sprayer and spray on the snow you want to melt. This will help you trick the sidewalks and walkways. It also does this to prevent new snow accumulation.

What will make the ice melt faster?

Salt lowers the freezing point of water, causing ice to melt faster. When the floss is placed on the surface, some of the melted water quickly freezes again and traps the floss inside. So, now you can lift (fish) the ice cube with the thread.

Which liquid melts ice the fastest?

Ice melts faster in water than in soda. This is because soda has sodium (salt) in it, and the addition of sodium makes the ice melt slower than in regular. water. For ice to melt, the joining chemical bonds of water molecules must be broken, and breaking bonds always requires energy.

Vinegar contains acetic acid, which reduces the melting point of water – preventing water from freezing. If you go out to your frozen car window in the morning and then spray a mixture on it, it may help loosen the ice a little, but by then you could still scrape it clean.

What do you put on icy sidewalks?

Mix one part water with two parts medical alcohol. Apply it to the window and watch it peel right off! Use a bottle of 70% isopropyl alcohol (50% also works, but not as well) with a few drops of dishwashing detergent.

What melts the ice without damaging the concrete?

Calcium chloride and magnesium chloride will melt ice faster than regular salt, down to about 15 degrees, but OSU says it can also make the surface slippery if the temperature drops below freezing. It only melts the ice down to 15 degrees.

Mix one part water with two parts medical alcohol in a sprayer and apply to the windows. The ice should come right off. Another option is to use a bottle of 70 percent isopropyl alcohol with a few drops of liquid dish soap.

What home remedies will melt the ice?

How do you keep your steps free of ice?

Rock salt is relatively inexpensive and can be sprinkled liberally on the steps to melt, forming ice and preventing further icing. When faced with heavy snow, remove it and then sprinkle with rock salt.

What can be used as a de-icer?

Medical alcohol or isopropyl alcohol, an ingredient found in most commercial de-icing products, can be used on its own to melt ice. Its freezing point is about -20 degrees Fahrenheit, which slows down the water freezing process.

What can be used instead of de-icer?

Oil
Which 0w-16 Engine Oil to Choose
How to choose 0w-16 engine oil for your car? 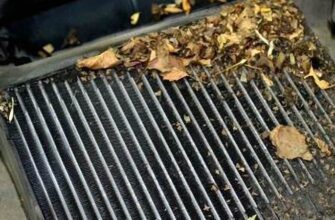 How to flush the heater radiator 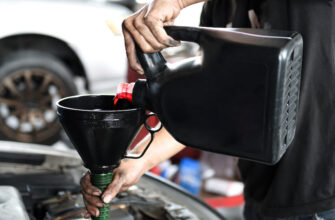 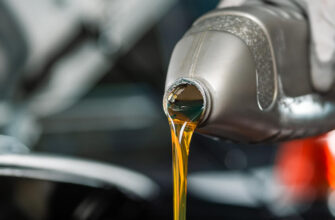 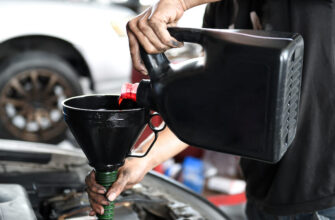 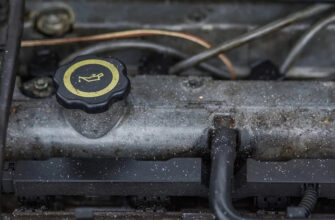 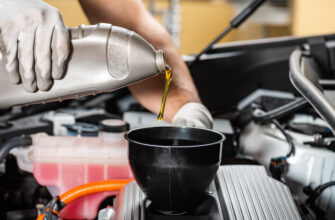 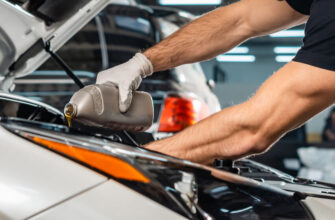 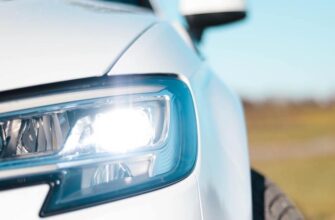 How Many Lumens is a Car Headlight